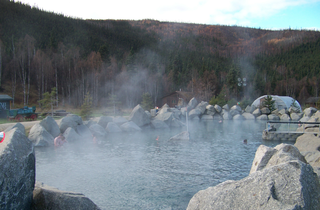 THE ROCK LAKE at CHENA

Fatigue has set in.

A nap during Act I, Scene 4 in the park.

A nap on the drive home.

A nap on the way to adopt the cat.

A nap at the vets' during the 2 hour wait.

This has nothing to do with books.

The cat was stressed out -- puked after Shakespeare.

A nap at the girls' gymnastics practice.

Balance beams and back bends are hypnotic.

A nap on the way home from the beam.

A nap in the coffee drive-thru.

A nap in the front seat.

A nap in the back.

A nap on the Persian rug with the cat.

On the way to Chena Hot Springs it was time for a nap.

The water was steamy on both ends of the Rock Lake.

Coolish at the center fountain.

Nap at the fountain standing -- like a horse napping -- narcoleptic.

All is truly south from here.

At the Lake, the lawn chairs were all taken --

A nap on a rock, of course.

Margaret's towel was stolen while we napped.

Not the embroidered one with the W.

The towel they stole matters not at all.

The moose nap during daylight hours

in the trees, by a lake, on the top of ridges.

I want to nap on that ridge top

where a fire burned recently, charred the trunks.

Everyone's sleeping in the house now.

Even the cat on the rug.

Next stop: By beloved old towns: Sutton and Palmer.
Be the first to comment