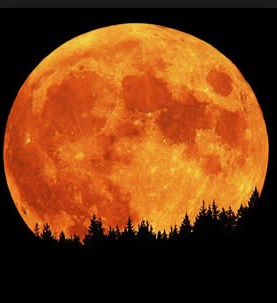 At work today nearly every odd thing one can imagine walked in the door. Adopt-an-author payment, non-resident card renewal, partial payment on a bill, damaged item payment, lost item payment, a couple of Spanish speakers trying to get a new card with an address problem, a guy who left his cell phone somewhere and he kept borrowing the phone calling it only to find that it went straight to voice mail making him think someone was using it, later I took a call where the person said "what" to my "Circulation Desk may I help you" and followed up my repeat with "sorry wrong number" and as I set the phone back down on the cradle I noticed the phone number looked an awful lot like that guy's cell phone number, and on and on... Multiple troopers came in and walked around the place. There was only one at first, then there were at least three, and later there was a single one again. They were clearly looking for someone... Temporary card lady walked up at the very end of my shift, so my co-worker got to try to figure that one out. The new head of Circulation asked me at the end of my shift if I had a lot of strange things today. She could tell during her Reference Desk shift, particularly when I was helping the Spanish speaking folks. That felt rather affirming.

Then I could not get groceries on the way home due to road closure caused by a 10-hour Police Stand-Off at the Justa Store on Chena Pump Road. (The suspect spells his name both Michael and Micheal.) The superintendent of schools sent all us high school parents a warning about a school lock-down due to the Stand-Off. All the buses were re-routed.

THEN, at the PTA board meeting tonight where I serve as Treasurer, with all us newbies rather scattered since all our days were kibashed by gobs of police folk, the President kept taking cell phone calls during the meeting, each time saying "I'm almost done here, just hold on." After she left I learned it was her husband in the parking lot of a place nearby. He had the kids, and he was having some weird vision problem.

Then I noticed it was the Harvest Moon.

No deaths yet, so save the RIP.


If you would like to contribute a fish (or reptile) obituary to this blog, please post a comment below with the basics.
Robin McLean also blogs at Mike's Maze
1 Comments

This guy is a clearly a criminal mastermind. He spells his name Michael AND Micheal? So ingenious. So confusing.