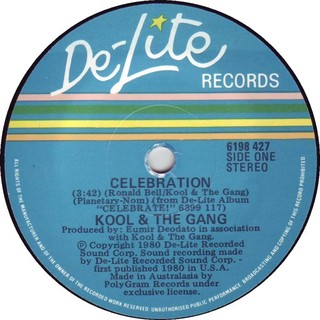 The First in a Series of Book Chats, and in the Spirit of Fish Obits' unquenchable desire to have other people do our work, a post by new and fabulous novelist and genius guest blogger Lori Reisenbichler, which first appeared on Girlfriends Bookclub, Concerning First Books, Comradeship, Large US States (but not the Biggest), Anxiety, Diversity, Anxiety, Goals and Dreams, Anxiety, Mysteries of Motivation, Shoes, Backbones and Anxiety.

I’m just about to launch my first novel and I have no idea what I’m doing.

There is no shortage of online advice for the debut author, but the more I read, the more confused I get. A few months ago, I realized I needed to find a good reliable sounding board. I wanted the perspective of other writers going through the same process at the same time instead of someone who wanted to sell me something. I found what I was looking for when I participated in the Launch Lab, a program offered by Grub Street, a literary center in Boston. I live in Texas, so it took considerable effort for me to attend, which probably reveals a certain level of anxiety that I prefer to pass off as initiative.

The first day, I got there early and could not wait to meet the rest of the group. We each had books launching in the next twelve months, yet we were an unlikely collection of authors. This is the face of publishing today, I thought to myself as we took our places at the conference room table. Our group included both fiction and nonfiction authors of all types, some with traditional contracts, and some who had gone indie. Some were published by large universities, others by small literary presses.

Soon after we introduced ourselves, and long before any of us were ready to self-disclose, we were asked to write our answer to this question: What are your goals for your career as an author?

For so long, my primary goal as a writer was to get my work published. Now that I’d accomplished that, even before I had one measly copy in my hand, my primary goal as an author was now to do whatever it took to maintain the privilege of being an author. Very early in that discussion, it became clear that I had no idea what that would entail on my part and that a whole lot of my fate was riding on factors I could not control. This process was going to be harder than I thought.

On that point, our diverse group of authors was united. In fact, I believe we let out a collective groan when the second question was presented to us: What is your purpose for your career as a writer?

In other words, why do you choose to write what you write? What makes it all worth it for you? What do you hope to accomplish with your writing, over the course of your career?

Our answers to this question were as diverse as the writers in our group. Some wrote out of pragmatism; others wrote as a form of personal creative expression; still others wrote in order to advance other career goals. Many of us wrote with the hopeful intent that our writing would positively impact readers in some way. Make them laugh. Give them an escape. Make them think. Give them something to talk about. Show them a side of life they haven’t seen. Help them walk a mile in someone else’s shoes.

The answers to this question became the backbone of our collective Launch Lab experience, because we continually weighed our launch plan against it. So my launch plan doesn’t look like everyone else’s, nor should it. Most importantly, my plan supports my intentions as a writer.

I’m still learning and I’m willing to bet I’m too worried about some things that do not matter. I’m pretty sure I’m not worried enough about some things I should be. But at least I’m clear on what I’m trying to create with my writing life. For me, it’s a way to connect with other women and give them a way to connect with each other. And to have fun doing it. So what’s my plan for my career?

I’m on Step 3 right now, so my launch plan involves me going to a lot of parties and meeting lots of smart funny women who like to read. I’ll let you know how it goes.

Where's my agent?
Where's my publicist?
Where's my press release
for the Swanky Launch Party?
Where's the third draft of the screenplay?
The red carpet with Brad Pitt?
The Book Critics' Circle nomination?
The Guggenheim?
The Nobel?

Look in the
mirror
for all.