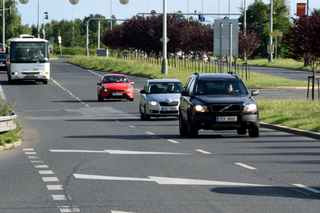 The First in a series of Response Blogs -- a reader's comments to a previous post -- Guest Blogger Cousin Rob McLean (from Prague, over there in Europe) responds to Tony, The Goundhog, and the Shovel., concerning Fragility and Fatigue, Talking to Animals, Arrogance among Readers and Dieties, and Succumbing to the Digital Age.

I was like, running, yesterday and was listening to a book at the same time. Not that I'm going to mention the title because you'd accuse me of literary snobismus. I'm near the end of the run, meaning I don't exactly have full control of my limbs, as in, fine motor control. So it can be a bit disconcerting when a hedgehog scuttles (looks like it sounds) right out in front of me. I'm on a street, mind you. Not communing with nature. And I'm thinking about the cars that come along the road, inevitably, and I want to get this thing off the road. Because flattened hedgehog is just depressing. I'm a runner. I know these things. But he sees me and he freezes. I say dude, there's a dog not far from here. And cars. You're not safe. I'm torn, because I realize the longer I stay, the more danger he's in. And the longer I fret about this, the longer I'm going to have to rewind my book. So I end up playing god/author and running on, having played my part/non-part in the animal's maybe demise.

If you would like to contribute a fish (or reptile) obituary to this blog, please post a comment below with the basics. Don't you really kind of want to?

You MUST go back to the scene of the crime and let us know how the story ended. I am on the edge of my seat...I flattened a hedhgeog once with my car. It was gross and I felt badly...

Rob Don't fret about being a snob regarding your -whatever the book- surely I have read it at least a couple of times.

Hee hee hee! Hoa had a hybrid Camry that once decapitated an unlucky squirrel. I'm sure that squirrel had excellent defense against the tire arts skills, but this one just quietly snuck on him. Never heard it coming. Call it Carma.

Hoa hates squirrels, btw. Before we married, she housesat in Columbia, MD for a friend's mom (to be fair, she had become a good friend all by herself by this point) who had a bird which needed company and feeding while the owner was off in India giving talks on breast cancer. (See Google... Dr Sukumar is QUITE the research maven.) In any case, the bird was taking the air on the back deck, when it was stalked and eaten by a passing squirrel.

Hoa stepped out to find an agitated, but well fed squirrel casting the remnants of an incriminating pile of feathers down from a locked cage. Open it? Whack it with a newspaper? What was she to do? She called me. In Ireland. In the middle of the night. My advice was worth as much as you might expect. "Shut the door. Enjoy a glass of wine and think of what you are going to say to Sara." And then, "Good night, sweetie."