Where are the Newts? Where is 'Lil Jimi? Sweet Arlene 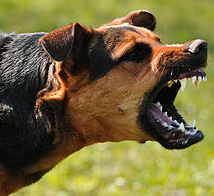 An inventive dialogue between Cousin Rob, as well as Margaret and Robin (also Debbie McLean as guest) on the Blogging Classes, Animal Violence, and Big Brother.

Rob: So Debbie, where is your piece on the dead newts? You promised it weeks ago.

Debbie (robin's sister): Do you think I'm just sitting around doing nothing? I've been fighting off attack dogs and creepy neighbors with web cams.

Margaret: We all have to deal with attack animals sometimes. There was a bear in our neighborhood in Fairbanks this week, for example. William left dog food on the porch.

Rob: But we do need those newts. We promised everyone. People will think this is an all-talk-no-action blog. We should take a class or something.

Robin: I just went to a blogging class at Grubsteet in Boston. Seven hours of blog shit with the famous blogger, Hollis Gillespie. My head is still spinning.

Margaret: Impressive. Did you tell her about Fish Obits?

Rob: Of course not. We're not ready for the Real Public yet, definitely not for famous bloggers.

Robin: Too late. She's got some Big Brother Google Gadget on her System. Hollis knows we're blogging about her instantly. She also knows we have not switched over to Wordpress yet as instructed.

Margaret: That's creepy and cool at the same time.

Rob: Where do we get the Big Brother gadget?

Margaret: With the Gadget it will be a new ballgame.

Robin: I also learned about the "Read More" button. We've been totally using it wrong!

Rob: Did you explain to Hollis that the Fish Obituaries are not just another cute blog name? These are ACTUAL FISH OBITS written on the ACTUAL FREEZER PAPER left over from the salmon you caught years ago in the Copper River in Alaska? You've driven 6000 miles with these obituaries. That's our HOOK.

Robin: I forgot to tell her.

Margaret: A niche market, for sure.

Robin: People wonder if they're slimy.

Rob: Did you ask Hollis how to work the digital camera?

Robin: Not yet, but I have her email.

Margaret: Did you tell Hollis about Tony, the shovel and the murder of the groundhog?

Robin: Too depressing. Grubstreet is more of an an upbeat crowd.

Margaret: How 'bout the traffic signal debacle on 116? How the light was red and green at the same time?

Robin: I forgot all about that. Damn it.

Rob: I'm not sure that really happened.

Margaret: How 'bout an Fish Obit?

Sweet Arlene thought of
taking a left at Haley Creek
to spawl
but as usual
could not
make up
her mind.

She died in indecision.
RIP

NEWS ABOUT PROGRESS ON THE BOOK SOON.

NEWS ABOUT THE SIDE-WIND ACROSS AMERICA TOUR. (NEXT SUMMER. PENCIL YOURSELF IN.)

If you would like to contribute a fish (or reptile) obituary to this blog, please jump over to my contact page or write a comment below with the basics.

We have dogs, says Debbie. I think we can agree that gives us the murder weapon, and we've got 'creepy' neighbors. And we have webcams, she's revealed, so I'm going to assume we've got ironclad evidence how the crime was committed. All we need now is motive, in my opinion. Did the newts have any enemies that we know of?

But wait! There could be a love triangle. The attack dog and the newt have a tempestuous tryst, leaving the bear out in the cold with the dog food as a visible insult.