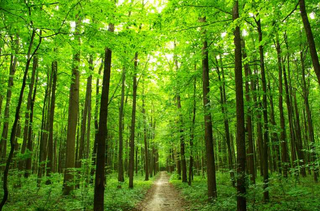 In this collaborative post, a story told by Mac before the funeral of his beloved and only sister, Anne, described to and recorded by Fish Obit's editors, Concerning Searching, Blue Berry Bushes, Mean Old Ladies, Fear and Finding, the Enchanting Powers of Young Girls, Enticing Brooks, Enticing Shores, Enticing Water.

Anne was lost once before.

When Anne was 5 or 6 she went missing at the lake. It was just a regular day out there and Anne went missing. Pretty young. No one could find her. We were really panicked. The Hopkins were there. Mum was there. Dad was not. He was in Ayer, a four-hour drive up the winding roads, no interstate then. No phone in the kitchen. To make a call out anywhere we had to walk (or run) to Pop Robinson's. He had a little place near RedFox (smaller than a living room in the Hatetoquitit), a place to launch boats. This was how the hospital got a hold of dad in case of emergency - Pop Robinson would walk over and tell Dad he was needed. So when Anne was lost that first time, we did not call anyone. Who would we call anyway? There was no 911, no Amber Alert. No sniffer dogs. No firemen.

My mother was panicked. No, my mother was hysterical. I remember Mum really flipped out. Crying. Calling out, "Ann! Annie! Annibad!" Mum was too distraught to give us boys orders. But we knew what to do, Allen, Bob, Jim, Eddie, David, and I. We dropped our baseball and mitts. We scattered in all directions. We searched the cabins, at that point just the Hatetowuit and the Carolina. Bert was the tallest, the take-charge guy, and I remember Bert ran up to Mr. Kent's and when he found Ann was not there visiting, Bert went running up Pike's Brook. We went fishing there all the time and Bert, no doubt, thought Pike Brook might have been familiar to little Anne. She might have gone off wandering there. When Bert didn't find Anne on Pike's Brook, he returned and joined the brothers and cousins as we scoured Pike's Point, walking all over the island, calling for Anne, through the trees, under the blue berry bushes, on the road, all the way to the big rock on the hill, calling, calling, one of us, no doubt pounding at the door at every cabin, there were only a few then -- The Barneys, Bernier's, the house in the channel, the very first cabin on the lake. We even dared to go to Ruth Kent's at top of the hill searching for Anne, despite our profound fear of her, her black clothes and the broom she chased us with. We went to all the dangerous places. We went to the cove, of course. Maybe Anne was on the rocks, or worse, the unthinkable.

My mother weeping. Dad must have found out later somehow. His only daughter. He was soft to Anne. Anne was the youngest. Ann was the precious one.

We found her that time, one hour into the search, someone finally rechecked the house, where Anne was sleeping serenely in the Carolina. Rubbing her eyes. Anne's big smile....

I love the story, Mac. I like the reality check on Ruth Kent, who in my mind was a hermit woman never seen. The idea of a woman in black wielding a broom is quite different. And, having lost Other Robin once at the Fairbanks fair, I'm so there with you all as you search for Anne. RIP indeed.

Thanks for sharing this story. I can picture the whole thing!

Amazing how we can go so far in search for things that can be found at home if we'd only look more slowly. Wallets included.
Thanks for the story! I wonder if it runs in the family. My family once had all the neighbors looking for me all over the block until my father found me waking up on the couch in the den.