A GREEK ON GREECE: MEDITATIONS ON ELECTIONS 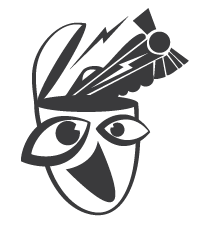 A First 1st for Fish Obit, a worldly and opinionated Opinion post about WORLD EVENTS written by new guest blogger Nick Sampson, movie maker, writer, and Greek, who has something to say about recent elections in his Home Country, as well as Screwing, Angela Merkel, Blame and Disharmony, Unruliness, Nazis, Americans, Self-Deception, Bankruptcy, Starvation, and Ashes.


They say democracy triumphed in Greece the other day. They say democracy triumphed in Europe. The pro-austerity government led by the rightwing New Democracy was ousted in an election that saw the radical left party SYRIZA clinch first place. The once mighty PASOK – the mainstream left party – was reduced to rubble. For the first time in years no member of the Papandreou family, one of the political dynasties of Greece, made it into Parliament. The establishment was swept away. The people were finally heard, shouting a big, resounding No to the policies that had starved the country for five years.

They were also heard shouting a big resounding Screw You to reality. Remarkable as the result of the elections was, the rage everyone felt understandable, the cheering expected, they failed to take into account what had led Greece to austerity in the first place.

It wasn't the German chancellor, Angela Merkel, as some raved. All Merkel had forced, all the Germans had forced – all a select number of German financiers, politicians and their minions had forced – was a bad bailout. That was true, they had leaned on a weak and bust country, pushing it around, lending it money at a terrible price. The bailout was so ill-conceived, it shored up more debt for Greece. For this the Germans – certain Germans, we need to keep stressing this, because public opinion got carried away and blamed all Germans – were to blame.

So was the International Monetary Fund, who lent money to poor little Greece with a gun to her head. So was the European Central Bank. They were to blame for the bad terms governing the bailout.

But who was it that brought Greece to the point where she had to go begging for money? It wasn't the Germans. It wasn't the banksters, though they had been circling her cadaverous body for some time, having picked up the scent of death and opportunity. It wasn't the rest of the Europeans, who'd decided to uphold certain rules about how the EU economies were to be run.

It wasn't the Eurozone, the club of countries using the Euro currency. Sure, the Euro was ill-conceived as a project from the get go. How could anyone expect economies like Greece and Portugal to perform in tandem with France and Germany? There was bound to be disharmony, tension, divergence, fallout. Come an uneven credit crunch, as it did in the periphery of the Eurozone, the afflicted countries wouldn't be able to inflate their currencies to reduce their debt, because they were all tied at the hip currency, the common currency, the Euro, dancing the modern dance of fiscal integration. Blanket rules for all, and the Eurozone your daddy (and mommy, and one-size-fits-all peg-in-the-square).
Well, as destiny would have it, in went the peg a few years ago and crack went square Europe, crack down the economic middle, separating north and south. Hardly surprising, complex unions tend to do that. Something always gives. The Americans watched on from across the pond, the end of this story familiar to them. The Europeans scrambled over the wreckage, looking for solutions. The Greeks screamed for autonomy, first fiscal, then, when push came to shove, ideological, then, as illogic rose strong on the backs of populists, they screamed Screw You, we ain't paying the damn debt. We're voting in a government that will renege on the previous government's obligations and renegotiate everything, because we're starving.

It's true. The Greeks were starving. But what was it that led them there in the first place?
In a few words, endemic corruption. Ingrained unruliness. Pervasive cultural nepotism, whereby my cousin gets the position because he's my cousin and I need to help him, it's the right thing to do, and screw his abilities and skills, he doesn't have many, but who cares, family comes first. Self-interest comes first. The world's a nasty place, everyone's out to get you, I might as well get what I can, when I can, where I can, however I can, because you never know how much time you have under the sun, and this is my time, and I ain't wasting it. I ain't spending another 400 years under the boot of a conqueror, the Ottomans were bad enough. Then the bloody Nazis? Nope, I ain't starving again, ain't going to be executed on my own streets no more.

Let’s not forget the commies and their godless usurpations (cry the right-wingers).
Let’s not forget the fascists and their goddamn dictatorships (cry the left-wingers).
And the Americans, don’t forget them and their imperious snubbing, and the immigrants, and the Turks, who are constantly violating our FIR with warplanes, and the Albanians, who make up a tenth of the population by now, many of them illegally, and everyone who's out to get poor little Greece, they're out there, and I'm going to stand for it? Take it? Hell I am, I'm standing up for myself, looking out for number one, taking whatever I can, withholding as much tax as I can, by my teeth, if I have to, because everyone knows the system's corrupt and the money gets skimmed on its way through, so why pay taxes? Why feed the rot? I'm saving my hard-earned money, gonna stash it away in cash form, under the mattress, not in the bank, never the bank, because everyone knows the banks are in on it. I'm skimming a little extra on the job too, overcharging at will, nicking things here and there, why not? A person has to make a living, a man and woman have to support their families, their kids, the children of this country, they have to go to school and buy clothes and eat, they have to live, and live well, they deserve it. Who am I to deny them the opportunity to make something out of their lives? I'll steal and borrow if I have to, and go into debt, and not pay my debt – what are they going to do, shoot me if I fall behind? – and make my way up the ladder that way. I deserve it.

And on it went, collectively, for years, for decades, a ten-million-strong dance of looking out for number one, supremely disorganized, dragging the country down to debt and corruption, to mediocrity and nepotism, favoritism and malfunction, paranoia, collusion, setting standard after tumbling standard down the long road to the bottom. Add a couple of decades of revival and hope sparked by public spending like nothing else, with money the country didn't have – the banksters gladly lent it both to the socialists, who'd asked for it, and to the right-wingers, who were trying to outspend the socialists in the eternal race for votes – and Greece hit rock bottom. Crash! State and legislation, public service, private sector, the people, everyone, they went hurtling into the swamp of bankruptcy and starvation.

The only way out? An even greater loan. A bailout.

The lenders had the upper hand. With the country starving they demanded reforms: slash the public sector, which doubled for Leviathan; limit all pensions to one per person, (public servants were receiving multiple pensions); shakeup and privatize key areas like energy, communications, transportation etc to rid them of the public sector’s entitled attitude, its nasty, rotten inefficiency.

In other words, the lenders demanded change, groundbreaking change, measures designed to transform Greece inside out, allowing it to become a functional organization again.

They also decided to make some extra easy money in the process and flaunted their power in the process. They comported themselves badly, like despots. They gave orders, saying things like Do it, Now, I said so, and stuff like that. They added terms that slyly bulged the debt.

Things went sour and bitter and dark very fast. Austerity brought hunger, then starvation, which kicked in pride, rage and bad blood, it scraped old wounds, brought back painful memories, and the uprising began. Words got heated and harsh. The Germans were suddenly invading Greece again, they were all Nazis, as were all Northern Europeans, the cold bastards, wagging their fingers from their high towers. Europe was the playground of monarchs kicking the afflicted around with their goddamn edicts and demands. The banks, damn them, bloody leeches, they were administered by criminals, behind whom were the Jews, who somehow were in cahoots with the Nazis, an unholy alliance set to destroy the people of Greece.

'Worry not, Hope is coming,' yelled the radical lefties, the neo-Marxists, the anarchists, the public spenders extraordinaires, who told the people what they wanted to hear. No more austerity, no more being pushed around, or being indebted to those who lent us money. No more slaves to the Nazi Jews, or the Americans, no more being bossed around by the EU (though we still want to be part of it) and no more dancing to the tunes of the banks, the funds and lenders that starve us. Vote for us and we will get you out of this.
And so it went. The people voted for SYRIZA – which stands for Coalition for the Radical Left, and is also a clever wordplay on the word 'deracinate' – and SYRIZA formed a new government with the intent to tear out by the root every change and reform made during the past few years.

And everyone spoke of the triumph of democracy in Greece. Everyone cheered the rise of the human spirit against the callous forces of financial waterboarding. No more stooges, they cried. No more disgrace. No more debt. No more harsh changes and tough policies. No more reforms. No more sprucing up the state. No offence, but this has gone far enough. Back to business as usual. Public servants are to be rehired by the hundreds of thousands (return of the Leviathan). Privatizations are not to go ahead (efficiency forestalled). We'll spend billions of euros in social relief, helping the devastated people of Greece.

Great! One question before you proceed: where will the money come from?

The money to pay for all these policies? Where will it come from?

And there you have it, ladies and gentlemen. Madness unabated, clicking and whirring amid thunderous applause.

Democracy didn't triumph in Greece the other day. Fear and populism did. Ill-logic did. Failure did. Failure to rise up to the challenge and climb out of the swamp of cultural stagnancy once and for all.

And the world cheered on, with ashes in their eyes.

This sounds a lot like victim blaming. The EU was perfectly aware they were dealing with a corrupt state, and yet they willingly propped it up. As always, it's the people who suffer, and the EU says, "Good."

The way I see it, accountability goes both ways, or we needn't bother.